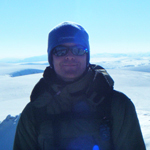 Our resident geologist and Kit Chimp Head Keeper has suffered from a severe desk allergy since first seeing the Himalaya. A climber, cyclist and traveller, Alex once admitted that his punishing fitness regime serves merely to accommodate an almost limitless consumption of chocolate milkshake.

Is happiest: Enjoying a well-earned wilderness view from a tent, whilst eating cake.

The key to a successful expedition is: The ability to keep laughing when things get epic and, more importantly, lots of Vaseline. 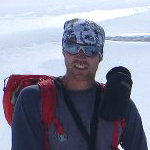 Equally at home in the jungle or on the tundra, Jamie is the holder of five World Records. Amongst other achievements, he has rowed the Atlantic and, with his 2011 climb and descent of Muztagh Ata, to the best of our knowledge, he became only the 2nd British man to ski-descend a 7,500m peak. At 6ft6' and built like a brick privy, he is a very hard guide to lose, but an appalling choice as a tent-mate.

Is happiest: When Bovril is involved.

The key to a successful expedition is: An inexhaustible supply of sweets. 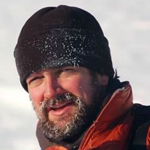 Pete somehow manages to combine the challenges of expedition life with the peaks and troughs of the financial world. His quest for travel and physical endeavour has taken him across the globe - from the sea ice of Baffin Island, where he bumped into Gerard, to adventure races across Africa. His love for mountains and navigation were nurtured during his years in the TA (he refuses to accept that parallels with Captain Mainwaring go beyond this).

Is happiest: Strapped to a pair of skis with a large descent in front of him.

The key to a successful expedition is: Morale trumps morals, especially when it's very cold. 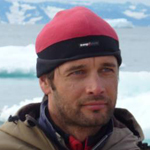 Born in the terrifyingly flat, cow-infested wilderness of Holland, Gerard was always destined to achieve big things in the mountains. Having climbed Holland's highest bumps, Gerard headed for the greater ranges and their unclimbed peaks. To date, Gerard has put up new routes and made first ascents in, amongst others, Kyrgyzstan, Mongolia, Siberia, Pakistan and Greenland. Gerard is also an expert in cold-weather exploration and bushcraft.

Is happiest: When changing nappies

The key to a successful expedition is: Tonnes of food. Training, mental focus and a great guide may also help.